Environment-friendly OSP in Printed Circuit Board

Environment-friendly OSP in Printed Circuit Board

With the rapid development of society, environment protection is our focus, which forces PCB industry to reduce the pollution. Some typical surface finishes like HASL are the main cause of pollution. Before 2005, it is the century of lead because almost all the PCBs are produced with lead that is a harmful substance and will impact on water and air. Since 2006, government and some institutions have asked manufacturers to replace the HASL with HASL lead free. But the new process will increase the cost of PCB manufacture. In order to cut the cost and protect environment, the application of OSP will be the mainstream. 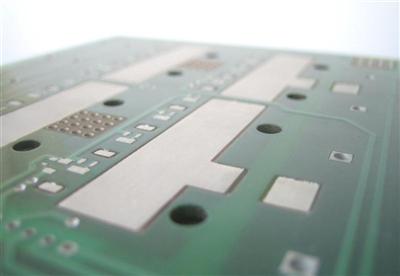 OSP is the abbreviation of Organic Solderability Preservative that has earned great reputation in PCB industry. Usually, the components of OSP are alkylbenzimidazole, organic acid, cupric chloride and deionized water,etc.

The advantages of OSP:

High thermal stability - Compare with other surface treatment chemicals like FLUX, OSP have a good performance in thermal stability that there is no surface oxidation and no damage on protective film after reheating in 235℃.

Low cost - OSP only react with the bare copper to form non-sticky, thin and uniform protective film, which means it will cost less than other surface treatment chemicals. OSP is regarded as the cheapest surface finish.

No pollution - OSP does not contain any harmful substance that will directly affect the environment, such as lead, lead compounds, bromine and bromine compounds.

Simple process  - OSP is relatively simple treatment and it is easy to operate. Any welding method is acceptable for OSP and do not have to make any special treatment. Also, during the manufacture, it is unnecessary to consider the surface uniformity and the concentration of liquid.

Easy assembly - With OSP surface treatment, the PCB board processes smooth surface that will help manufacturer reduce the offset of components when printing solder mask and mounting components, as well as reducing the chance of empty SMD solder joints.